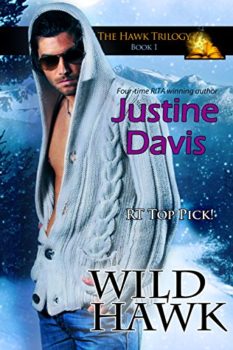 Jason Hawk only came to his father’s funeral to spit on his grave. That was the best the old man deserved from the bastard son he’d never given a damn about. The son whose plan for revenge had now been derailed by Aaron Hawk’s death. Or had it?

Kendall Chase was Aaron Hawk’s smart and efficient executive assistant, and had come to know a side of the old man that few saw. But convincing Jason there had been more to his father, more to his whole life’s story than Jason knew, wasn’t easy. He was as tough as the father he hated. And more compelling than any man she’d ever met.

Convincing him the mysterious Hawk family book, a history now chronicling treachery and murder, had answers even for things yet to occur, was a much bigger job. Despite his attraction to her, the only part of Kendall’s stories Jason believes is that his father’s vicious widow is determined to see that Jason gets none of the inheritance left him.

In the end, Jason has to make a decision. Is the magic real? Or more importantly, is the revenge he’s wanted for nearly 30 years, worth losing Kendall