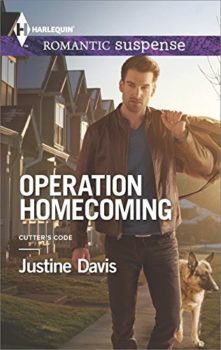 In the next Cutter’s Code romance, a hero with a secret returns home…and goes into rescuer mode…

AWOL in times of family tragedy, Walker Cole doesn’t expect a warm welcome home. Nor does he expect to see Amy Clark—his sister’s nerdy friend who had a mad teen crush on him—now a smart, sexy woman.

Though Walker knows he’s caused Amy pain and hatred, his own pain is worse. He can never tell the truth about his hellish years away. But when Amy’s paralegal work endangers her, Walker jumps at the chance to guard her irresistible body and prove himself worthy of trust and forgiveness. Even Cutter, the Foxworth dog with a nose for trouble, has his back when trouble explodes!