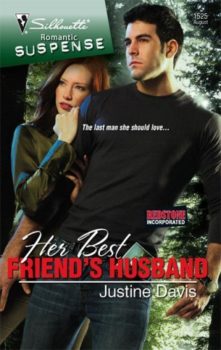 Gabriel Taggert. Former naval officer, man of honor—and her best friend's husband. Cara Thorpe's feelings for the one man she could never have had always been her own shameful secret. And when her best friend disappeared without a trace, she lost them both. Until a postcard arrived, eight years late....

Receiving an eight-year-old message from her best friend was disturbing enough. Now Cara had to face the man she'd quietly loved for years. Would teaming up with Gabe on a dangerous hunt for the truth jeopardize their own lives...and the chance for a future together?