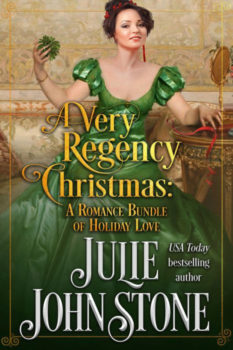 A Romance Bundle of Holiday Love

From the glittering ballrooms of the English nobility to the cozy countryside of Regency lords and ladies, cuddle up this Christmas with three swoon-worthy holiday tales filled with dashing heroes, bold heroines and epic true love from USA Today bestselling author Julie Johnstone!

The Redemption of a Dissolute Earl -- Book 1
(originally published December 27, 2013 in eBook by Night Shift Publishing)

The day Andrew Whitton, Earl of Hardwick chooses his fortune over the woman he loves, Drew discovers that money makes for a cold bed partner. Now, no matter how far he runs, the memory of his betrayal haunts him, and there’s not enough liquor to dull the past or diminish his disgust.

Charlotte Milne trusted in happily ever after until her knight turned out to be wearing rusty armor. Drew, the scoundrel, seduced her, though she very much enjoyed the seduction by the man she’s loved since childhood. Left scandalously ruined, Char flees her home intent upon forgetting Drew and proving her worth.

Separated by disloyalty and pain, each struggle to bury the memories of the other until a mandatory summons from the Duke of Danby sets them on a path of collision to Danby Castle. With the tides of irrevocable change rising, Drew must find a way to show Char that even the most selfish of rakes can be redeemed by love before the woman of his heart becomes the wife of another.

Season for Surrender -- Book 2
(originally published May 7, 2014 in eBook by Night Shift Publishing)

Lillian Lancaster would rather catch the plague than a husband. Unfortunately, her abusive, recently deceased father’s will stipulates her inheritance hinges upon her marrying a lord. With time running out, Lillian proposes to the guilt-ridden, marriage-averse Lord Edgeworth after securing his agreement to a marriage in name only.

Edgeworth feels responsible for his former betrothed’s death and believes he doesn’t deserve love, which makes Lillian’s proposal oddly perfect. Commanded by his grandfather to marry by Christmas or become penniless, the obviously perfect choice is a woman who wants nothing to do with him.

When Lillian displays a brave and true heart and Edgeworth reveals his honorable, protective side maintaining a marriage of convenience becomes harder than these two wounded souls imagined. Now, Lillian and Edgeworth must decide if they are courageous enough to risk their hearts and surrender to love.

Lady Emmaline Radcliffe always knew she never wanted to marry a man who embraced the rules of Society. But when her mother threatens to secure a suitable match for Emma if she cannot make one on her own, Emma sets out to determine if her girlhood infatuation is the love she’s been looking for. Nathaniel did save her life once, after all. But when she finds herself in the arms of the gentleman’s brother—the serious and proper Duke of Blackbourne—she begins to question all she ever thought she desired.

Lucian, the Duke of Blackbourne, is tired of playing keeper to his irresponsible brother. He vows to quit, but when his brother resolves to seduce the impetuous Lady Emmaline, Lucian knows he must save his foolish brother and the innocent debutante from themselves. Yet his plan to intercede goes awry when he finds himself drawn to the woman who is everything he was positive he didn’t want in a wife.

But his brother won’t give up so easily, and soon Lucian’s well-intentioned plans are revealed. Now to keep Lady Emmaline’s heart he must prove that he’s truly not the stuffy, sneaky duke he seems to be.

Other Books by Julie Johnstone 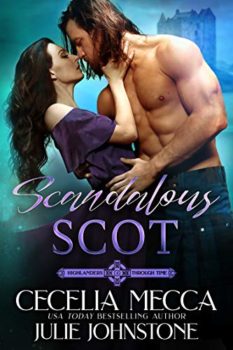 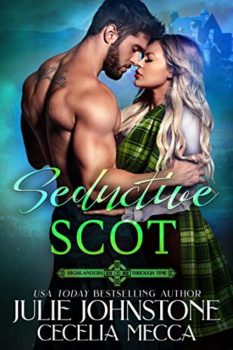 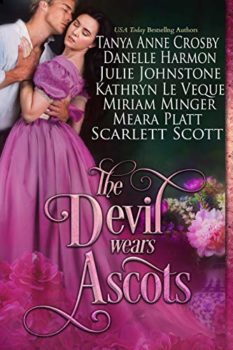 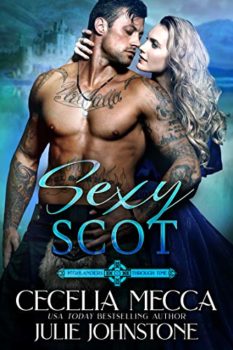 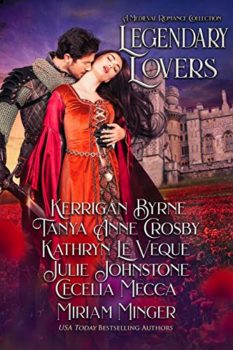 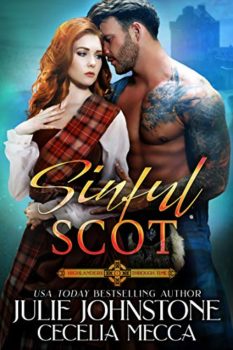 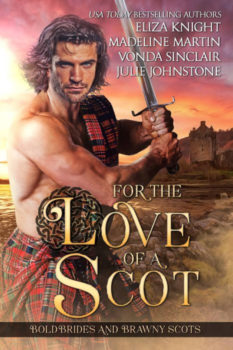 For the Love of a Scot
Bold Brides and Brawny Scots 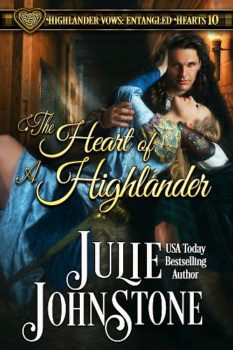 The Heart of a Highlander
Highlander Vows: Entangled Hearts Book 10 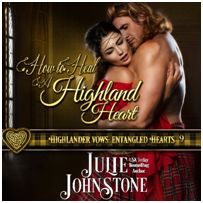 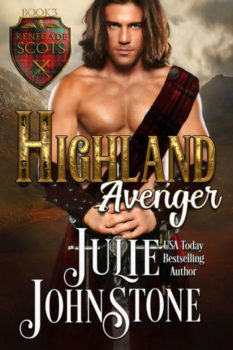 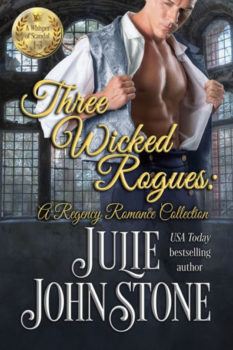 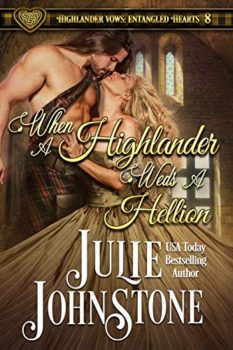 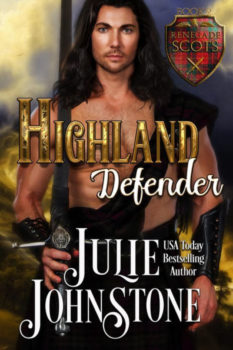 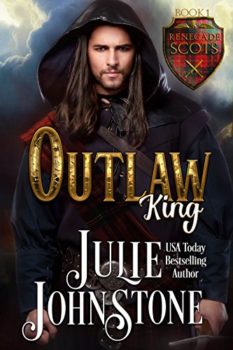 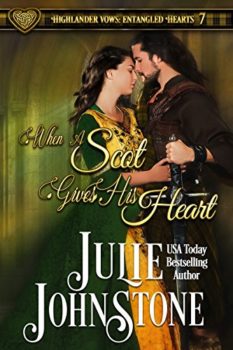 As a little girl I loved to create fantasy worlds and then give all my friends roles to play. Of course, I was always the heroine! Books have always been an escape for me and brought me so much pleasure, but it didn't occur to me that I could possibly be a writer for a living until I was in a career that was not my passion. One day, I decided I wanted to craft stories like the ones I loved, and with a great leap of faith I quit my day job and decided to try to make my dream come true. I discovered my passion, and I have never looked back. I feel incredibly blessed and fortunate that I have been able to make a career out of sharing the stories that are in my head! I write Scottish Medieval Romance, Regency Romance, and I have even written a Paranormal Romance book. And because I have the best readers in the world, I have hit the USA Today bestseller list several times. You can download my Medieval Romance, CHRISTMAS IN THE SCOT'S ARMS, to try for FREE. Just visit my website and download your copy from the home page. I really want to hear from you! It makes my day! Email me here: juliejohnstoneauthor@gmail.com.