For the first time ever in a 4-book set, the stylish, suspenseful series that readers call “an addictive thrill.”

More than 1000 pages of suspense, style, travel, and romance. Jet from Beverly Hills to Paris, London, Hawaii, and Spain with four smart-and-savvy BFFs. Readers have downloaded more than 150,000 copies. Get your set now and save 50% off the individual books.

Verena, Scarlett, Fianna, and Dahlia are as close as sisters, and when times get tough, they have others’ back. Gutsy. Determined. Smart.

Their lives, their loves, their families—these four women share the best life has to offer—and survive the worst life can throw at them.

Verena Valent is at the helm of her family’s legendary Swiss skincare company in Beverly Hills. After her parents’ deaths, she becomes the sole provider for her younger twin sisters and her grandmother. She is in the midst of a critical international expansion into Asia when her carefully organized life begins to unravel.

While she struggles to save the business that means everything to her, she meets Lance, an executive chef at the Beverly Hills Hotel. She encounters this intriguing man again on a business trip to Paris, and soon gains a new perspective on life.

When the unthinkable occurs and Verena’s world collapses, her friends rally around her. Ultimately, Verena learns that truth, family, friendship, and love are the unshakable pillars of life. But will she get a second chance in business, or in love?

In the glamorous world of high stakes beauty and fashion, Scarlett Sandoval is a top intellectual property attorney in such demand that her firm sends private jets to shuttle her between Los Angeles, New York, London, and Madrid. During a critical trademark deal between a top fashion designer and an international cosmetic company, Scarlett is shocked to learn that in order to achieve her coveted partnership, one devious partner expects more than she is willing to surrender. Soon, Scarlett is marked for murder.

Her denial not only threatens to derail her hard-won career, but it also endangers her life and the lives of those close to her. Johnny, a handsome Beverly Hills restaurant owner she’s known all her life, offers his protection, but one fateful evening, their platonic friendship ignites.

When Scarlett’s world erupts, her friends help her through the turmoil. Can Scarlett mend her life, or has she made an irrevocable mistake in business, and in love?

After Fianna Fitzgerald’s debut runway show, a walk on the Malibu beach with reclusive rock star Niall Finley nearly claims their lives when they get caught in high tides.

When Fianna left Ireland for America to follow her dream of becoming a fashion designer, she never imagined her goal would place her, and those who work for her, in jeopardy. From the fashion runways of Los Angeles to London, someone is trying to sabotage her debut season.

Is the terror linked to her family’s ancient feudal past, or something else? Furthermore, can she leave Ireland with her heart intact, or will she lose it to only man she’s ever loved?

When indie perfumer Dahlia Dubois reluctantly steps in to lead the iconic, international perfume house her grandmother founded, she discovers that nothing is as it seems—including Alain Delamare, a legendary Formula 1 race car driver.

Tensions rise in Monaco, where Dahlia juggles a search for her missing mother, a corporate takeover, and a volatile, passionate relationship with Alain—just days before the prestigious Monaco Grand Prix race.

As long-held secrets emerge, Dahlia must find the courage to face the truth, but can she handle the dangerous curves ahead?

Readers have downloaded more than 150,000 copies. Get your set now and save 50% off the individual books. 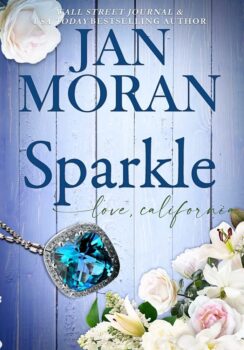 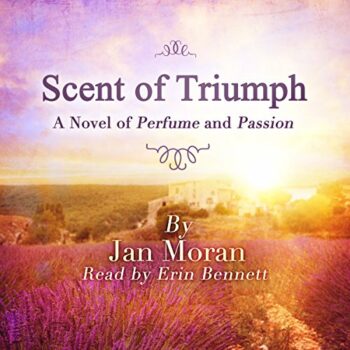 Scent of Triumph
Novel of Perfume and Passion 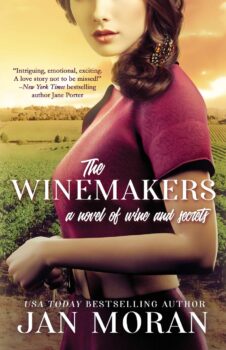 The Winemakers
Novel of Wine and Secrets 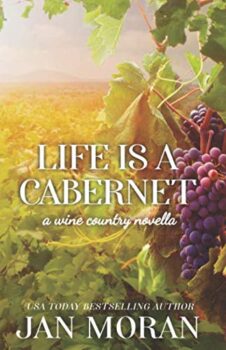 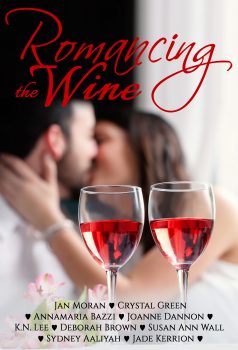 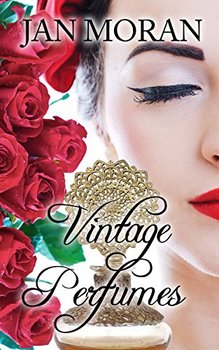 Jan Moran is a Rizzoli bestselling and award-winning author. She writes historical women's fiction for St. Martin's Press (The Winemakers, Scent of Triumph), a contemporary women's fiction series (The Love, California series), and nonfiction books. Her stories are smart and stylish, and written with emotional depth. Jan often draws on her international travel and business experiences, infusing her books with realistic details. The Midwest Book Review and Kirkus have recommended her books, calling her heroines strong, complex, and resourceful. She blogs for ProjectEve and at www.janmoran.com. Jan has been featured in numerous publications and on television and radio, including CNN, Women's Wear Daily, Allure, InStyle, and O Magazine. As an editor and writer, she has covered fragrance, beauty, and spa travel for a variety of publications such as Cosmopolitan, Elle, Costco Connection, and Porthole Cruise. Clients have included Sephora, DFS, JCPenney, and Nordstrom. Jan speaks before many groups, including Fashion Group International, The Fragrance Foundation, and The American Society of Perfumers. She has represented brands and retailers in media on behalf of several public relations companies, including Edelman and DeVries. Jan is available for speaking engagements. Jan enjoys receiving letters and emails from readers, and is available to speak to book clubs about her writing and entrepreneurship. Visit her personal website or blog to contact her.