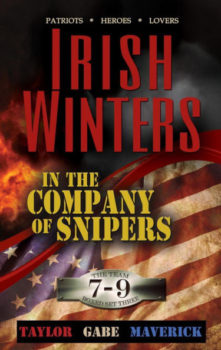 In the Company of Snipers Boxed Set Book 7 - 9

In the Company of Snipers

Patriots…Heroes…Lovers…
Each book in this series is a complete story unto itself. There are no cliffhangers. I wouldn’t do that to you. You can read them out of sequence. Enjoy!

Some covert missions take place deep inside a guy…
Stoic former Marine Taylor Armstrong survived his arrogant USMC father and one too many deployments. Battered and disillusioned, he’s built a wall to keep the world at bay. His rule is simple: a man can’t lose a friend he’s never made. It works—until an arrow rips into his chest and changes everything he thought he knew about his father. His mother. Himself.

She never gave up…
Gracie Fox has loved Taylor since the day he was stolen from her life as a four-year old. He has no memory of her or the loving family that was forced to give him up. It seems he’ll never know—until the ancient Indian rite of revenge, the blood hunt, collides with his carefully structured life and drops him into her path again. She seizes the opportunity, determined to help him remember. Even if she has to tie him to her bed.

Alex Stewart is dead. Murdered…
While The TEAM struggles to deal with the blow they never saw coming, Junior Agent Gabe Cartwright is assigned to protect Alex’s widow, Kelsey. Already haunted by the fear that he let his boss die, Gabe vows to protect her with his life. Nothing and no one will get in his way—until bossy Nurse Sullivan arrives to care for Kelsey. Sullivan is anti-gun, anti-dog, and seemingly anti-the whole male gender. She’s the last damned thing he needs…

It’s her way or the highway…
Nurse Shelby Sullivan is an admitted control freak. She loves her new client, Kelsey Stewart, and intends to help her in any way possible, but Shelby has no use for her two bodyguards. Not even the semi-charming Agent Cartwright will interfere with the perfect performance of her duties—until she disregards his protection measures and leads Death straight back to Kelsey. Gabe isn’t the only one who’s haunted by his past…

He’s heartsick and battle-weary…
Maverick Carson returned home from war with too much pain and not enough honor. Searching for a way to forgive and forget, he quits The TEAM and starts walking. He’s made it from Virginia to Wyoming when the sight of a pretty girl riding a massive draft horse steals his breath. After the hillside beneath the horse gives way, Maverick rushes straight into the world of China Wolf, the headstrong owner of the Wild Wolf Ranch and the finest Percherons in the country.

She doesn’t need a man in her life.
Never has. Never will. China Wolf has responsibility enough between the rowdy horses she loves, the wayward sister she tolerates, and the precocious niece she adores. Besides, Maverick made it clear he’d rather hit the road than hang around. Why should she care what he does or where he goes? She doesn’t until she glimpses the cowboy beneath the angst. Maybe she does need a man. Just. This. One.

Other Books by Irish Winters 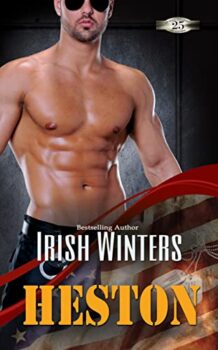 Heston
In the Company of Snipers Book 25 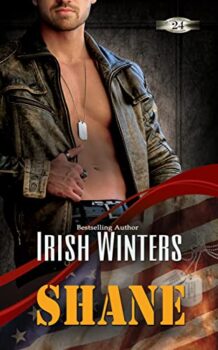 Shane
In the Company of Snipers Book 24 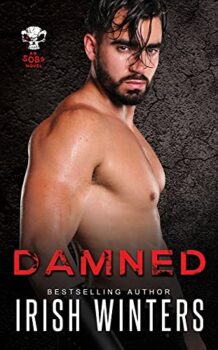 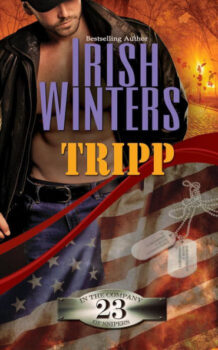 Tripp
In the Company of Snipers Book 23

Jameson
In the Company of Snipers Book 22 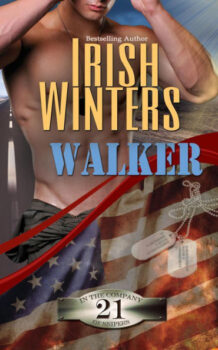 Walker
In the Company of Snipers Book 21

Beckam
In the Company of Snipers Book 20

Renner
In the Company of Snipers Book 19 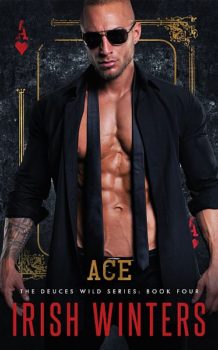 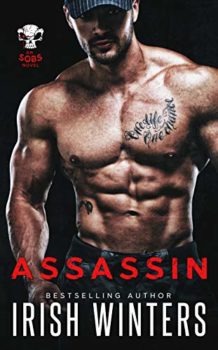 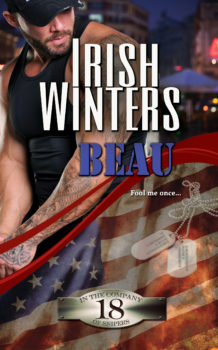 Beau
In the Company of Snipers Book 18 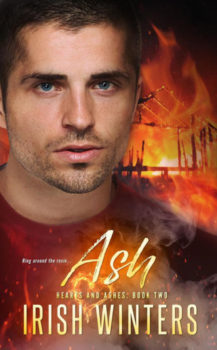 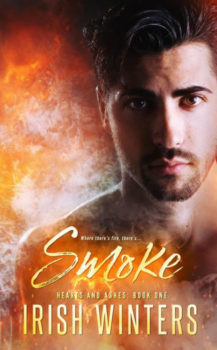 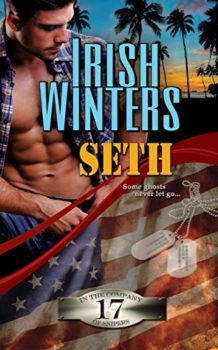 Seth
In the Company of Snipers Book 17

I always wanted to be a writer. I’ve dabbled in poetry, short stories, and more daydreaming than most. I remember long Sunday afternoon drives with my parents where they would tell us eight kids to: ‘Look out the window and see something!’ I’ve been looking out the window ever since…. In the great pines of the Pacific Northwest, I saw a woman with nowhere to run find refuge in the arms of a tender warrior who’d forgotten the man he once was… In the hills of Wyoming, I saw a man broken by the high cost of war, rediscover himself in the eyes of a pretty girl… And in the Dairy State, (yes Wisconsin), I saw two people overcome horrific obstacles on their way to happily-ever-after. Life is short.
Pick up a good book.
Read.
Write.
Enjoy. Look out the window and
See something!