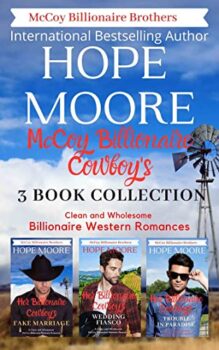 Two billionaire brothers determined to marry off their grandsons...one's doing it from the grave using his last will and testament.

The last thing cowboy Wade McCoy expects when his beloved billionaire granddaddy dies is for him to require Wade to marry in order to save the vast McCoy Ranch that they both loved and built together. But that is exactly his granddaddy's requirement: Wade has to marry within three months, stay married for at least three months or he loses it all, for him and his brothers. He doesn't like it, but his granddaddy didn't raise him to walk away from anything and there has never been a challenge he couldn't win...

Allie Jordon is desperate. A chance meeting with a lonely-looking cowboy at the truck stop she's working at could change her life... if she says yes to an absolutely off-the-wall proposal he's offering her it could be the miracle she's been praying for.

To save his Texas vineyard, billionaire Todd McCoy has to marry within three months and stay married for three months or he loses it all.

Ginny Rossi loves the small vineyard and the boutique wine business she and her parents have built. Then her parents decide to retire and sell the vineyard. She has less than four months to find the money to buy them out before they sell her out. She needs a miracle. The last thing she expects is her best friend's new brother-in-law, who grates on her every nerve, to show up with a proposal she can't refuse...one that will be beneficial to both of them.

Billionaire resort tycoon, Morgan McCoy must marry if he wants to keep ownership of the resort division of McCoy Enterprises and he isn't happy. He heads to Hawaii to figure out if he will find a temporary wife or walk away from everything he's worked so hard to build.

Amber has had a secret crush on her boss since taking the job, now he needs help in Kauai with a resort acquisition but he doesn't even know she exists. Maybe this is her chance to at least get a little closer to him. She isn't expecting him to ask her to marry him---but it's an offer she can't refuse. After all, she owes him for saving her life. But will she lose her heart when their contract ends? 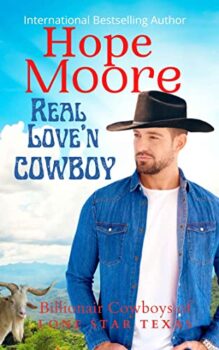 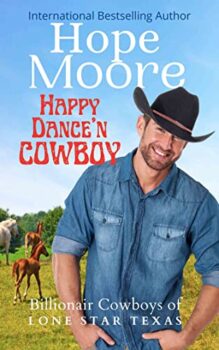 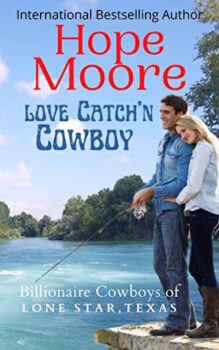 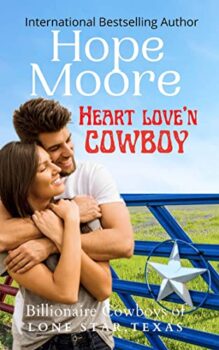 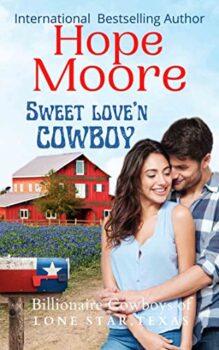 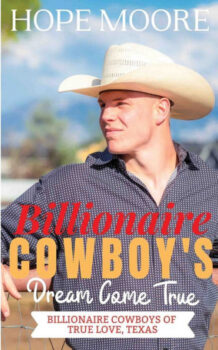 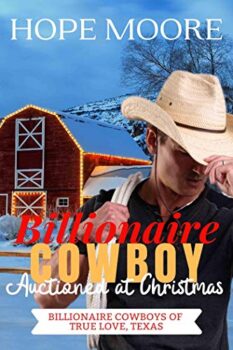 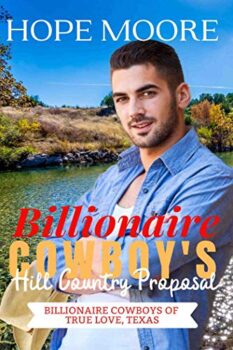 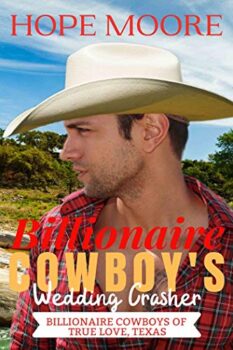 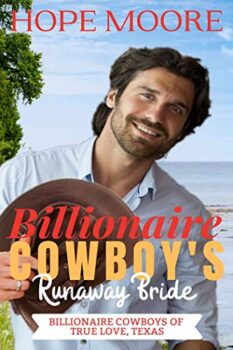 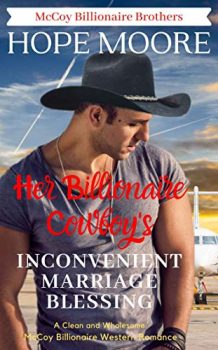 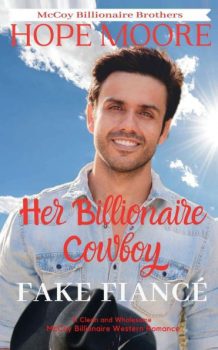 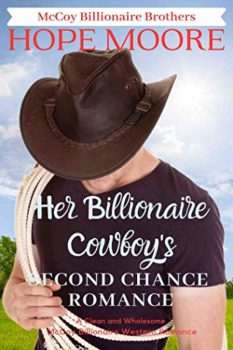 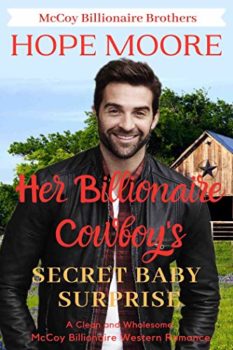 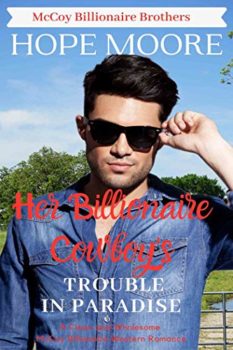 Hope Moore is the pen name of an award-winning author who lives in Texas surrounded by cowboys. She loves writing clean & wholesome, swoon-worthy, sweet inspirational and Christian romances. Her heartwarming stories are full of gorgeous heroes to love and the spunky women they fall in love with and live happily-ever-after with. When she isn't writing, she's trying very hard not to cook, since she could live on peanut butter sandwiches, coffee, and cheesecake. She's on social media very little since she's writing, but she LOVES her readers so sign up for her newsletter and as soon as she has the prequel of her McCoy Billionaire Brothers Western Romance series finished you'll get it for FREE as soon as it's ready! You'll also receive snippets of her adventures, along with special deals and new release books.