Three classic stories from bestselling authors Linda Howard, Emilie Richards and Sherryl Woods, celebrating the sweetness of love, the heat of desire and the softness of a mother's touch.

The Way Home by Linda Howard
Anna Sharp risked her heart on a man who told her upfront he would never be more than her lover. But when Saxon Malone learned she was pregnant with his child, he found himself in the position of father... and wanting more of Anna than he had ever imagined possible.

A Stranger's Son by Emilie Richards
A tale of two strangers brought together by the greatest gift: their son.

Devin Fitzgerald was talented, successful...and thinking about changing it all. But he hadn't planned for the biggest change of all: fatherhood. Now he wanted to share the joys of raising his son, but first he had to convince Robin Lansing to let him into her life...and her heart.

The Paternity Test by Sherryl Woods
A story of unexpected parenthood and an unpredictable love.

The stick turned blue on Jane Dawson's pregnancy test just in time to stop her biological clock from running wild. But there's one small problem---she'd unwittingly thrown her former flame into daddyhood!

Other Books by Emilie Richards

A Truth For a Truth
Ministry is Murder #5 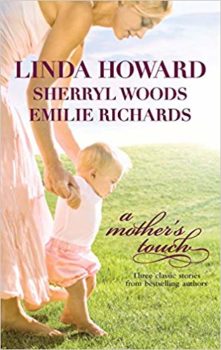 A Lie for a Lie
Ministry is Murder #4

Let There Be Suspects
Ministry Is Murder #2

Blessed is the Busybody
A Ministry Is Murder Mystery

Somewhere Out There
Dreamscapes

From a Distance
Dreamscapes