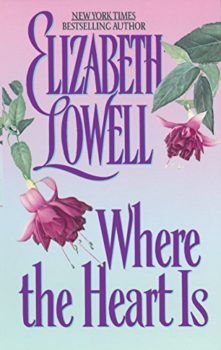 Where the Heart Is

Where the Heart Is
by Elizabeth Lowell

A captivating contemporary love story in Where the Heart Is, bestselling author Elizabeth Lowell revisits and expands upon Travelling Man, one of her most beloved classic novels. It is an unforgettable tale that brims with the passion and magnificent artistry that have become her trademarks.

After the pain of betrayal and divorce---after years spent decorating other people's houses---Shelley Wilde's cherished dream has finally come true: a home all her own, where she can live happily, secure. . .and alone.

But Cam Remington has come to shatter her solitude. A traveler who has journeyed to the world's wildest places, a renegade with no roots and no shame, he is everything Shelley has ever feared---and desired---in a man.

An intruder has broken through Shelley's barricades to lure her wounded spirit out of hiding with his electric sensuality. And it will take a traveling man to show her that real love is risk and danger. . .and that home is the haven found in a lover's embrace.