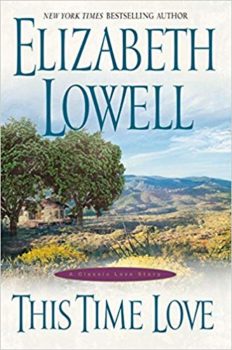 This Time Love
by Elizabeth Lowell

At 19 Joy Anderson had been innocent, trusting and totally in love with Gabriel Venture. Gabe was a journalist on assignment. Joy had been his guide. Together they explored Lost River Cave and an irresistible passion for each other. They found shattering beauty in both.

But that wasn't enough to hold Gabe. Drawn by new challenges, new explorations, he left Joy. Nothing remained to her but bitterness and the child she was carrying. Now seven years later Gabe was back---tougher, harder, haunted by memories of Joy. When he found her, she said he was too late. But is it ever too late for love?