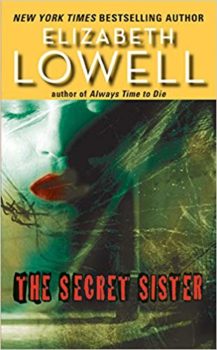 The Secret Sister
by Elizabeth Lowell

THE SEARCH FOR HER SISTER COULD COST A WOMAN HER LIFE

Christy McKenna, the smartest fashion writer in New York, thought she'd escaped her childhood in the impoverished rural West. Then came a call for help from the one person she could not refuse---her sister, the internationally celebrated model known only as Jo.

Jo's plea draws Christy back to the magnificent mountains and mysterious red-rock canyons of the Four Corners country. But she's too late---Jo has disappeared. However, Christy does find an unlikely ally in outlaw archaeologist Aaron Cain, and together they pursue Jo and a fabulous cache of ancient Indian artifacts worth millions.

Christy and Cain clash at every turn, but their antagonism soon turns into partnership---and blazing passion.