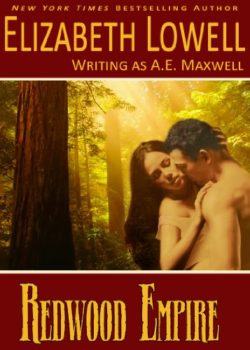 At her mother's grave, Maya vowed that her children would never know the hunger she and her sisters had faced. What Maya didn't know was the price of redeeming that vow.

Hale Hawthorne was a ruthless man who had gained success at the price of his gentler, human side. As his wife, Maya and her children would be secure. Yet Hale's son Will had made Maya his. In one wild afternoon, he taught her the depths of her own sensuality, and his.

Maya chose a secure future for her unborn children. Will vowed revenge.

Together they tested the boundaries of hate, forgiveness, and love.

BONUS: This novel has been revised and edited by Elizabeth Lowell and includes excerpts from two additional historical novels, GOLDEN MOUNTAIN and GOLDEN EMPIRE.