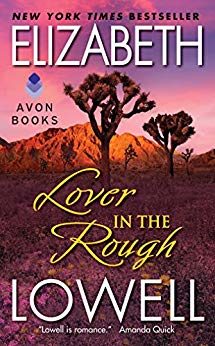 Lover in the Rough

Lover in the Rough
by Elizabeth Lowell

Reba Farrall was lost---until a kindly old gentleman took her under his wing and helped heal her shattered spirit. Now her dearest friend is gone, leaving her with a doubting, broken heart...and half-interest in a California gem mine. But Chance Walker has burst into Reba's life---a daring adventurer who believes in nothing except the priceless uncut stones for which he searches the Earth. In the blistering heat of Death Valley---in the intoxicating presence of a jewel more exquisite than any he has ever seen---Chance must confront a dire peril that stalks the sad and sensuous beauty. For only he can save Reba Farrall from harm---and only she can teach him how to love.

Lover in the Rough