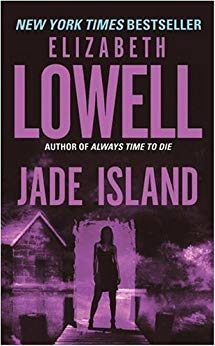 Wild and restless, Kyle Donovan has freed himself from the constraints of his family's high-powered gem-trading empire to rove the world as a treasure hunter. Now the president of Donovan International has given Kyle an assignment with explosive ramifications. A case he must take.

When one of China's legendary cultural treasures is stolen, Lianne Blakely, a mysterious and beautiful jade expert, is accused of the theft. Its Kyle's job to get to the bottom of what could be a potential disaster for the Donovans as well as Lianne.

But Kyle finds himself irresistibly drawn to the exotic beauty and captivated by her fierce claim of innocence. Soon they are in dangerous pursuit of the real thief, drawn deeper into the perils of spiraling power plays, and linked by a passion as powerful as the lore of the ancient culture and as enduring as the splendor of the treasured jade.