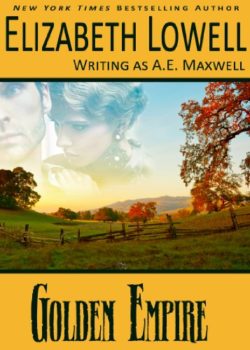 Leander Champion Buckles III was a someone no man ever ignored, or any woman failed to notice. Cira Pico McCartney was an innocent beauty. Though they couldn't marry, their love for each other set off a chain reaction of hatred, envy, and revenge that changed the course of California's history.

Through the years, Lee's and Cira's children built an empire. Yet the past is never truly past, and the next generation's intertwined lives and passions threaten to destroy the Buckles empire---and themselves. In time they discover that only love can save them and the land they call the Golden Empire.

BONUS: This novel has been revised and edited by Elizabeth Lowell and includes excerpts from two additional historical novels, GOLDEN MOUNTAIN and REDWOOD EMPIRE.