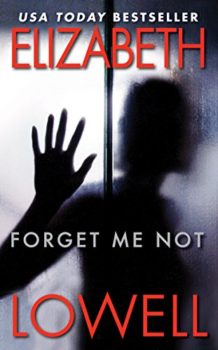 Forget Me Not
by Elizabeth Lowell

The terrible tragedy Alana Reeves suffered on Wyoming's Broken Mountain has vanished from her memory. Now nothing remains of those six lost days that cost her everything she held dear. But a man has appeared from the shadows of Alana's past---a rugged outdoorsman who once dwelt in a wounded heart he is now sworn to heal. Like an answered prayer, Rate Winter has come to lead Alana out of the darkness---and back to the scene of the nightmare she has erased from her mind. Alana must follow him---for in Rate's powerful arms her fears can be conquered, and through his love hers can be reborn.