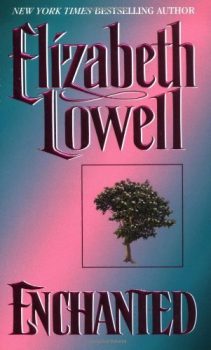 A medieval age of passion and conquest---a tumultous era of warriors and ladies... and noble hearts inflamed be desire and duty---is brought to sumptous life through the storytelling mastery of Elizabeth Lowell, the New York times bestselling creator of incomparable romantic adventure.

Bewitched and betrayed. Simon the loyal has vowed never to love, for love has made great warriors weak. To bring peace to the disputed lands, he agrees to wed an unwilling Norman heiress who speaks only through the sad song she draws from her harp. Marriage is his duty and nothing more. Ariane has known only coldness from men---and a betrayal so deep it all but killed her soul.And so she comes to Simon with resistance...and fear.

Yet marriage in name alone can never be enough---for it is more than obligation that fires Simon's blood when first he sets eyes on his bewitching, reluctant bride. He must teach Ariane passion---and she must teach him trust. For all that is good within them will surely perish unless they surrender their hearts to love...