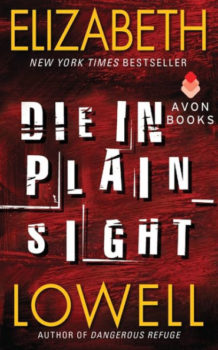 When Lacey Quinn inherits the striking landscapes painted by her late grandfather, she sets out to prove they are as good as anything hanging in museums with California Impressionists today. But the paintings in her possession are more than the works of a talented master, they are anguished voices from the grave...crying murder!

Lacey researches her grandfather's past and is rocked by a strange series of violent events. Someone wants to steal her inheritance and reduce the paintings to unrecognizable ashes in a suspicious blaze.

Ian Lapstrake, a security specialist working for the appraisal house Rareties Unlimited, has taken an interest in Lacey's inheritance...and in her. Their search for answers leads them down a road paved with lies, blood, and a shocking family history. Clues to a series of unexplained murders may be hidden in the brush strokes---clues that have now marked Lacey and Ian for death.