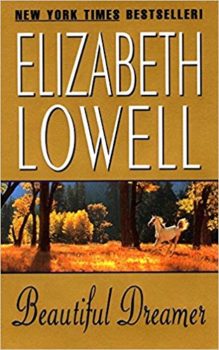 Nevada's rugged, majestic beauty is a balm for the aches of Hope Gardener's heart. But the ranch she loves is dying of thirst, thanks to the worst drought the area has ever seen, Hope needs a miracle---and one day it comes to the Valley of the Sun.

A man out of time, Rio is an anachronism in the modern-day West, bringing with him a reputation for finding water in any desert. Hope has no choice but to trust this dark stranger who claims to make dreams real. And Rio, who has never had a dream of his own to follow, has found something in this extraordinary lady whose passion tempts him to defy his own rules.In the midst of adversity, two free spirits must now explore the most closely guarded corners of their hearts...as they search for a beautiful dream big enough to hold them both.