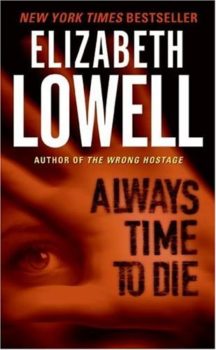 Former U.S. Senator Quintrell is dead.
His son, New Mexico's governor, is preparing his
run for the highest political office in the land.
And dark family secrets are about to explode with the
devastating force of a Southwestern earthquake.

An eccentric Quintrell aunt has invited genealogist Carolina "Carly" May to their Taos compound to compile a record of the illustrious family. But digging into the past is raising troubling questions about a would-be president's private life . . . and the grisly street crime that left his drug-addicted sister dead. As a dark world of twisted passions and depravity slowly opens up before Carly, there is no one whom she dares trust --- perhaps least of all Dan Duran, a dangerous, haunted enigma who's tied to the Quintrells' history. But she will need an ally to survive the terrible mysteries a father carried to the grave --- because following the bloodlines of the powerful can be a bloody business. And some dead secrets can kill.