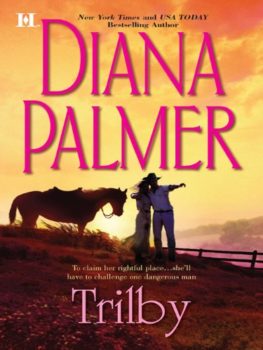 It will take more than threats—and one overbearing rancher—to drive me away from my rightful property...

When I inherited this isolated land near the Mexican border, I knew running it would be difficult and dangerous—very different from my privileged life in Louisiana, where I was the genteel Miss Trilby Lang. But I certainly didn’t expect that my neighbor, Thorn Vance, would be challenging me at every turn. Or that his brusque, ruggedly appealing ways would prove a dangerous temptation that I’m finding harder and harder to resist. Now, with trouble sweeping the territory, I need his help. But how much will I risk putting myself in the hands of a man who’s used to getting exactly what he wants?

Originally published November 1992 by Ivy Books and then by HQN in trade paperback, October 2007.