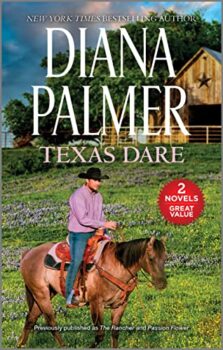 Cort Brannt, heir to the Skylance Ranch empire, has women galloping into his life, but the handsome lone wolf sends them just as quickly on their way...until a pretty, vivacious neighbor appears on the range. Has the most eligible bachelor in Branntville met his match?

When New York interior designer Jennifer King loses her job after a sudden illness, she takes a working vacation at a Texas ranch. But life with Everett Culhane, the brooding dark-eyed owner, isn't easy. Their lives are worlds apart, but when he takes her in his arms and brands her lips with his, Jennifer knows she must make this headstrong cowboy her own!