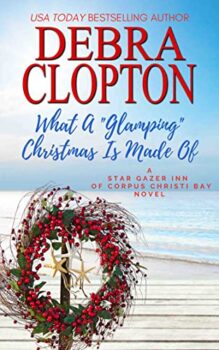 What a "Glamping" Christmas Is Made Of

What a "Glamping" Christmas Is Made Of
by Debra Clopton

On the shores of Star Gazer Island and the acres of McIntyre Ranch love is in the air---it's Christmas so a glamping we will go, a glamping we shall go, down to the seaside... a glamping all the way!

Yes, Christmas is coming, Alice's second since finding love again and happily watching her sons do the same. Now her number of grandchildren is growing---and yes, once again, love is in the air.

Chef Lilly Holloway's career is going great since she became the amazing Chefs' Lisa and Zane Tyson's number one backup. Her dream is coming true, but something is missing and she feels it. Now she's sent to oversee the cooking at the McIntire Camp on the ocean for a favorite group called, "A Glamping We Shall Do". These are the campers who helped match up Riley McDermott and Sophie as they met when she brought the group to his camp. Now they have a baby and are expecting again and need help at the camp. So Lilly is in for an unexpected Christmas adventure---something she needs since she's always lost and alone during the holidays while everyone else is spending time with family.

Abe Bradshaw was a cowboy ranch hand on the McIntyre Ranch. He'd been with them for several years and enjoyed his job. But when Riley and Sophie had needed him at the beach side "glamping camps" to lead the horse riding he'd had more fun than he'd had in a long time... but most of the women were older single and never planning to marry or divorced or many had lost their husbands and had now found a new way of having fun. But Abe's only thirty-five and they're far older than he's looking for.

After watching all the McDermott men find love and looking happy as can be, he's jealous and looking for love is on his mind. So this Christmas he may spend alone in his ranch cabin but before that he's going to have a Glamping Christmas on the beach with some of the nicest older women around... and long for a miracle that maybe one of them has brought their daughter along... 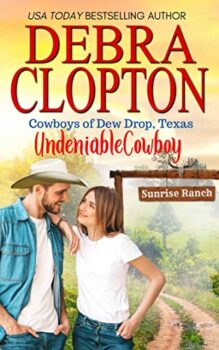 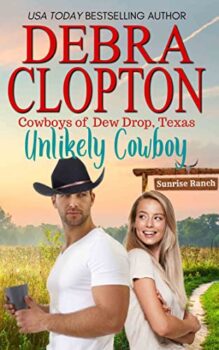 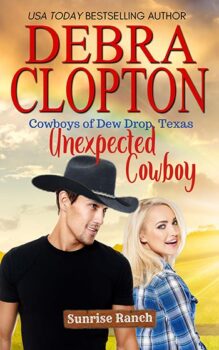 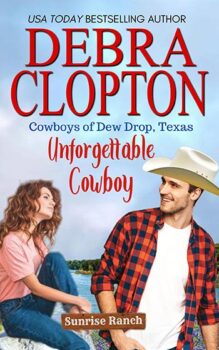 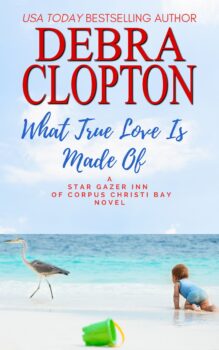 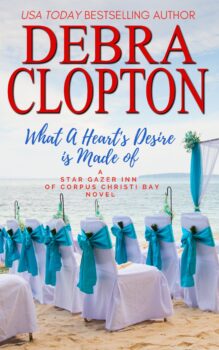 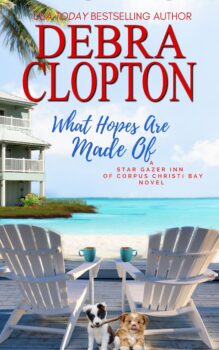 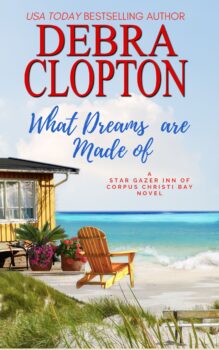 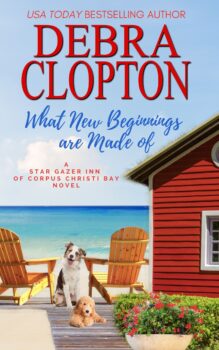 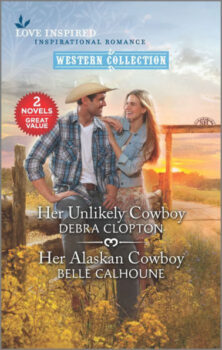 Her Unlikely Cowboy & Her Alaskan Cowboy 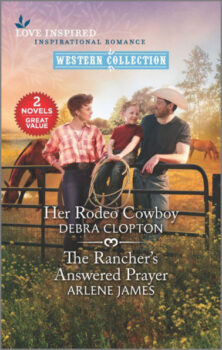 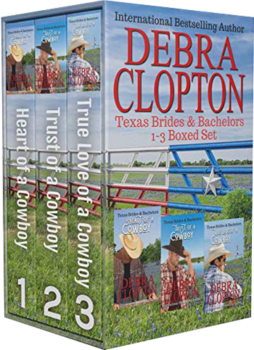 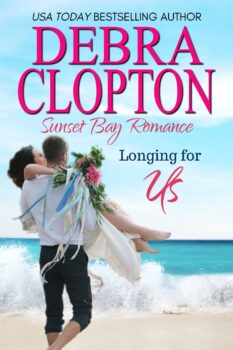 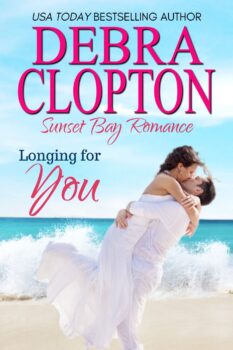 Debra Clopton is a USA Today and International bestselling author who has sold over 3.5 million books. She has published over 81 books under her name and her pen name of Hope Moore. Under both names she writes clean, wholesome, and inspirational small town romances, especially with cowboys, but also loves to sweep readers away with romance set on beautiful beaches surrounded by topaz water and romantic sunsets. She recently launched the Star Gazer Inn on Corpus Christi Bay series, her first wholesome women's fiction romance series that combines her love of cowboys and beaches. Debra is a multiple award-winning author, but it is the praise from her readers she values most. If she can make someone smile and forget their worries for a few hours (or days when binge reading one of her series) then she's done her job and her heart is happy. She really loves hearing she kept a reader from doing the dishes or sleeping! In 2016 she decided to take control of her publishing career and opened her own publishing company. Her books now sell worldwide and are regulars on bestseller lists in the United States and around the world. A sixth-generation Texan, Debra lives on a ranch in Texas with her husband surrounded by cattle, deer, very busy squirrels and hole digging wild hogs. She enjoys traveling and spending time with her family. Visit Debra's website and sign up for her newsletters and updates at debraclopton.com. Check out her Facebook page, follow her on Instagram, or contact her at debraclopton@ymail.com