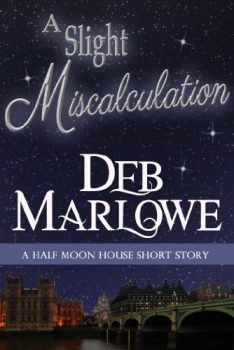 A Half Moon House Short Story

A Slight Miscalculation
by Deb Marlowe

This is a short story. It is not a full length book or novella.

William Hampton, Viscount Worthe, prefers the remote stability and predictability of the stars to the perplexing changeability of people. An astronomer, he’s fashioned for himself a focused, industrious, simple life. He leaves his quiet retreat, however, when his mathematical computations, included in an article on orbital variations, are questioned.

Miss Jane Tillney is volunteering at Half Moon House when Lord Worthe finds her. The Viscount is handsome and charming, but unfortunately his entire outlook is miscalculated, not just his astronomical equations.

Lord Worthe is intrigued by Jane, her generous spirit and her unusual freckles, but can he find a way to open his heart and let her shine her light on his life? 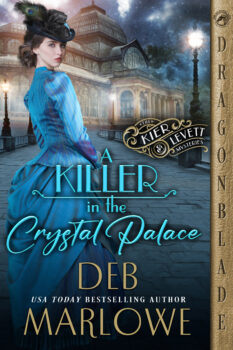 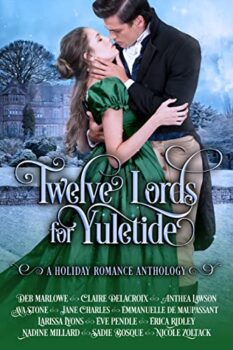