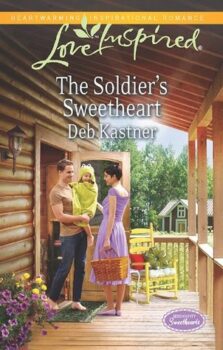 The Soldier's Sweetheart
by Deb Kastner

Army vet Will Davenport knows all about missions but nothing about raising his young daughter. Settling in Serendipity, Texas, he hopes they'll both find the peace that has always eluded him. But when the widower goes to work for a local beauty, he gets much, much more. Samantha Howell is ready with a helping hand for everyone else but insists on taking care of her problems on her own. Will wants to be her hero, but too much stands in their way. For a future with Samantha, he has to bury the past. But forgiving himself may be his most difficult mission ever....