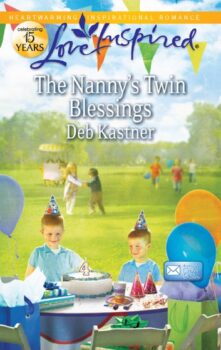 Unemployed and with no place to live, Stephanie Cartwright answers an online classified ad. The nanny job in small-town Serendipity, Texas, will give her a chance to start over. And she'll be helping out teacher Drew Spencer, who desperately needs someone to watch his three-year-old twin boys.

He knows better than anyone that his boys can be a handful---so he makes the offer on a short-term basis. Soon this big-city girl is charming both troublesome twins---and their handsome country dad. But can this temporary bond turn into a permanent promise?