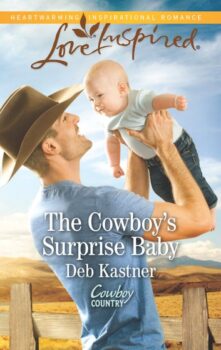 After years away serving his country, Cole Bishop finally returns home---with a newborn baby in tow. As a single dad, Cole needs help. But the last thing he expects to encounter at his new job is his high school sweetheart---all grown up and more beautiful than ever. Tessa Applewhite might have broken Cole's heart years before, but she's never forgotten him. And he can wrangle her heart like no one else ever has. But Tessa rejected him when the stakes weren't nearly as high. Can Cole trust her again---and in the process, form a forever family?