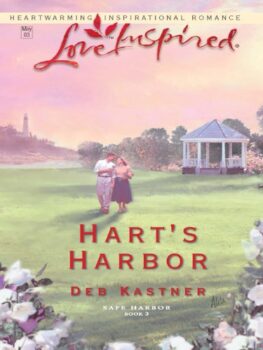 Dr. Kyle Hart seemed able to heal everyone---but himself. The handsome widower had come to Safe Harbor to find peace. But the town matchmakers had other plans for him. And Kyle soon hatched a scheme with the spontaneous Gracie Adams to outwit the matchmakers at their own game!

Kyle thought masquerading as an engaged couple was a brilliant solution. But that was before he found solace and a purpose in the small town. And before he fell in love with Gracie. Kyle knew Gracie was exactly what he needed in his life, but she yearned to spread her wings. Could Kyle convince her that the only place she truly belonged was by his side?