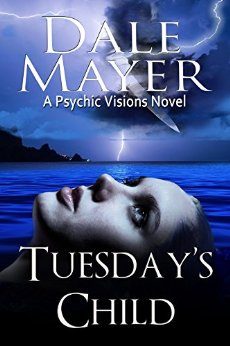 What she doesn’t want...is exactly what he needs.

Shunned and ridiculed all her life for something she can’t control, Samantha Blair hides her psychic abilities and lives on the fringes of society. Against her will, however, she’s tapped into a killer--or rather, his victims. Each woman’s murder, blow-by-blow, ravages her mind until their death releases her back to her body. Sam knows she must go to the authorities, but will the rugged, no-nonsense detective in charge of tracking down the killer believe her?

Detective Brandt Sutherland only trusts hard evidence, yet Sam’s visions offer clues he needs to catch a killer. The more he learns about her incredible abilities, however, the clearer it becomes that Sam’s visions have put her in the killer’s line of fire. Now Brandt must save her from something he cannot see or understand...and risk losing his heart in the process.

As danger and desire collide, passion raises the stakes in a game Sam and Brandt don’t dare lose.