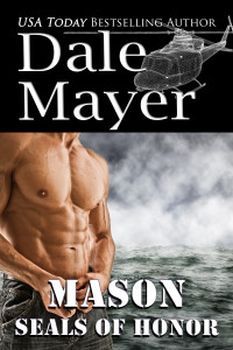 KILL OR BE KILLED

Part of an elite SEAL team, Mason takes on the dangerous
jobs no one else wants to do — or can do. When
he’s on a mission, he’s focused and dedicated.
When he’s not, he plays as hard as he fights.

Until he meets a woman he can’t have but can’t
forget.

Software developer, Tesla lost her brother in combat and has
no intention of getting close to someone else in the
military. Determined to save other US soldiers from a
similar fate, she’s created a program that could save
lives. But other countries know about the program, and they
won’t stop until they get it — and get her.

Time is running out… For her… For him… For
them…