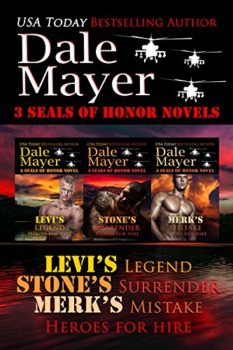 Nothing stays the same…

Since his accident Levi has been driven to find the men who betrayed him. Everything else is secondary. Now he’s recovered, started his own company, and he’s caught the scent of the last man on his list. Only to find the same man intends to finish the job he originally started — and kill Levi once and for all.

Ice has been at Levi’s side every step of his new journey —well almost. It’s the places where she hasn’t been that are the hardest. Her relationship with Levi is at a critical point. One wrong word and her hopes and dreams will be gone. They are almost done now.

But she can’t resolve her love life until the man who forced change into their world is taken care of. Only he’s on the attack, and his target is right at the heart of everything that’s important to her, and to Levi.

Life is on the move again…

After a long slow-ass recovery, Stone finds himself triumphantly back at work at Levi’s new company. The action comes fast and furious on his first run out as they rescue a senator’s daughter who’s been kidnapped in the Middle East.

Lissa will do almost anything to thwart her father’s plans for her. Getting kidnapped wasn’t on her list. And once she meets Stone no other man matters. She falls, and she falls hard. But even on home soil, there’s no respite as she finds the nightmare has followed her home…and she’s caught in the middle of it.

After months of recovery, Merk is moving from mission to mission, happily back in his active life again. But when his ex-wife sends out a panicked call for help, he rushes to meet her — only to see her snatched away in front of him.

Katina has only one person in mind when she finds herself in trouble. Merk. They haven’t spoken for ten years, but time hasn’t changed some things. The attraction between she and Merk is as deep and strong as it was back then. Even more so. But with her life on the line, she can’t focus on him… and can’t get her mind of him.

She has something others want, and they will do anything to get it back. No matter how nefarious. No matter how evil. No matter who they kill.Welcome to Merk’s Mistake, book 3 in Heroes for Hire reconnecting readers with the unforgettable men from SEALs of Honor in a new series of action packed, page turning romantic suspense that fans have come to expect from USA TODAY Bestselling author Dale Mayer.