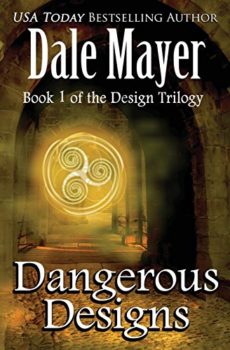 Drawing is her world…but when her new pencil comes alive, it’s his world too.

Her… Storey Dalton is seventeen and now boyfriendless after being dumped via Facebook. Drawing is her escape. It’s like as soon as she gets down one image, a dozen more are pressing in on her. Then she realizes her pictures are almost drawing themselves…or is it that her new pencil is alive?

Him… Eric Jordan is a new Ranger and the only son of the Councilman to his world. He’s crossed the veil between dimensions to retrieve a lost stylus. But Storey is already experimenting with her new pencil and what her drawings can do — like open portals.

It … The stylus is a soul-bound intelligence from Eric’s dimension on Earth and uses Storey’s unsuspecting mind to seek its way home, giving her an unbelievable power. She unwittingly opens a third dimension, one that held a dangerous predatory species banished from Eric’s world centuries ago, releasing these animals into both dimensions.

Them… Once in ErDangerous Designsic’s homeland, Storey is blamed for the calamity and sentenced to death. When she escapes, Eric is ordered to bring her back or face that same death penalty. With nothing to lose, can they work together across dimensions to save both their worlds?

This is book 1 in the series and ends on a hook that is picked up in book 2.