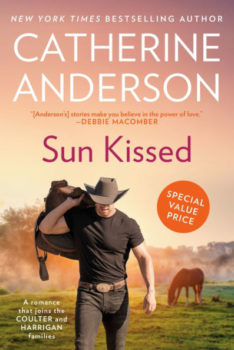 When Samantha Harrigan attends the local rodeo, she doesn't expect to wind up in jail. But that's precisely what happens when she tries to stop a drunkard from abusing his horse. At least she isn't alone. Tucker Coulter, a handsome local veterinarian, comes to her defense---and is arrested too.

The charges are dropped, but Sam's troubles have only started. Her champion quarter horses are falling ill and the culprit is poison. As the insurance beneficiary, Sam is the prime suspect. Unswayed by the rumors floating around town, Tucker offers to help prove her innocence. Sam, though, is uneasy about accepting his assistance---and about the way he makes her feel. If only she could believe in him the way he seems to believe in her...