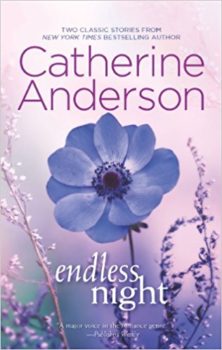 Mallory Christiani's world threatens to crumble when her daughter is kidnapped. She's warned not to tell anyone---not her family, not her friends and most definitely not the police. But private investigator Bud Mac Phearson won't take no for an answer.

Mac had failed once to keep his promise to see both Mallory and Emily to safety and he wasn't going to let it happen again. Now, with no one to turn to but each other, Mac and Mallory find that their future and happiness depend on holding nothing back.

When her brother disappears, Crysta Meyers leaves the big city to join in the search for her missing twin. She doesn't expect that in the Alaskan wilderness her greatest threat will come not from nature, but from man.

Someone is determined to stop Crysta from finding her brother---and will resort to any means necessary. Crysta's only ally is Sam Barrister, a rough and rugged mountain guide as untamed as the wilderness itself.