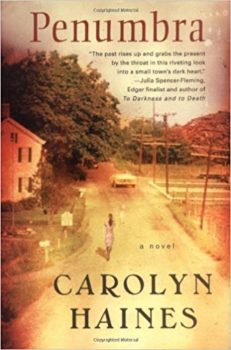 Jade Dupree is a beautician and an undertaker's assistant with a gift for smoothing the ravages of death from the faces of her clientele. But her strange talent isn't the only thing that sets her apart from the townspeople of tiny Drexel, Mississippi.

Jade is half-black and the unacknowledged bastard daughter of Drexel's "first lady," the imperious Lucille Longier. Jade's half sister, the pale, fragile, and legitimate Marlena, is married to Lucas Bramlett, the wealthiest man in the region. While the entire town knows of the blood bond between the two women, no one dares speak the truth out loud.

Though her talents as a hairdresser are highly sought after by Drexel's elite, Jade accepts that she'll never truly be part of the town and lives her life the best she can. But on one hot summer day in 1952, Jade's world is turned inside out when Marlena, on a tryst with her lover, is savagely beaten and heryoung daughter kidnapped. Determined to find her niece before it's too late, Jade accepts help from a white sheriff's deputy, Frank Kimble. The forbidden attraction that ignites between them threatens to add to the violence already brewing in town.