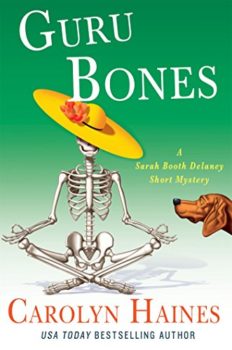 Southern-belle-turned-PI Sarah Booth Delaney is unenthusiastic at best when her friends rope her into attending a health food and lifestyle seminar. Priya Karsan, an internationally known activist, is in Zinnia for a lecture. But the lecture takes a turn for the deadly when there’s a body discovered in the venue’s kitchen. As Sarah Booth and her partner at the Delaney Detective Agency, Tinkie Richmond, tackle the case, Sarah Booth quickly realizes there’s a lot more to Priya and her activism than meets the eye.