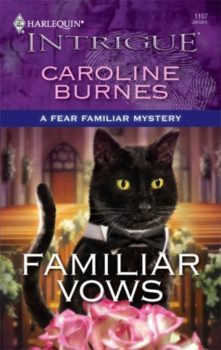 I took on this case when a beautiful, headstrong photographer accidentally blew the cover of a federally protected witness. In stepped rogue cop Lucas West, and the two were in for a high-noon duel with some scary killers. But whose paw really steered the getaway car?

It amazed me to see the bipeds fighting their instincts to care for each other. Why couldn't they see what really matters in life? It's not like they have nine of them!