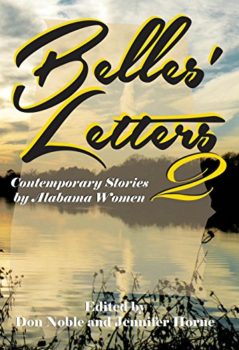 With a rich assortment of subjects, themes, settings, and writing styles, the 29 stories from Belles’ Letters II will make readers aware of the great variety and quality of fiction being written by Alabama women. As might be expected, a number of stories are love stories—first loves, lost loves, strange loves, from the most transient, feckless, grotesque, even abusive, to the permanent and heartwarming. Likewise, there are many stories of family relationships. Communication between generations is, as always, an issue. It would not be Alabama without a number of treatments of religion, from angels to ghosts to snakes and a little magic. The stories range geographically from the Gulf Coast to north Alabama, from the inner city to the countryside. And, as in all Southern fiction, a number of dogs make their appearances. Featuring 29 authors, including Lee Smith, Sena Naslund, Fannie Flagg, Gail Godwin, and Vicki Covington.