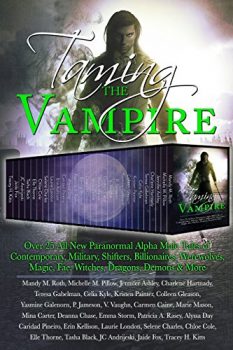 Taming the Vampire
by Caridad Pineiro


From sinfully sexy, charismatic bad boys with a thirst for more than blood, to toe-curling hotties with rough edges just waiting to be tamed, these vampire tales will burn the pages and melt your heart. Over 25 of today’s top selling authors have come together to form a collection that is filled with magic, mystery, mayhem and most importantly happily ever afters.

Get this limited time box set now! Over $50 worth of titles boxed into one collection.