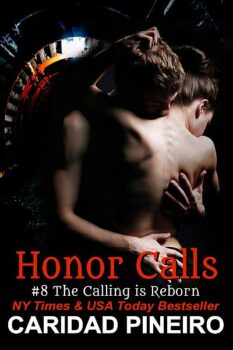 FBI Assistant Director Jesus Hernandez deals with crime on a regular basis in New York City. But nothing can explain what he sees in the alley behind a Goth bar called the Blood Bank: a young warrior woman slaying what appears to be a vampire. Jesus is skeptical at first, but vampire slayer Michaela Ramirez won’t give up until he believes in the demons and monsters that inhabit the city. As Michaela draws him deeper into her deadly world of darkness and danger, he finds her courage and honor to be more than he can resist….

But Michaela has secrets of her own and fears telling Jesus that she is part vampire herself. She’s falling hard for the tempting FBI agent, only everyone she’s ever loved has either run away…or died and Michaela is afraid to risk her heart and Jesus’s life for a chance at love.