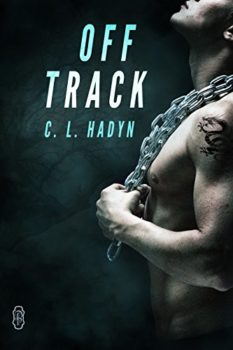 Off Track
by C. L. Hadyn

You would think a Native American, who could track a piss ant through a meadow covered in heavy grass, wouldn’t get lost. But he was lost. Orion Brown, son of a full-blood Lakota Sioux was lost, but not in any geographical location. Orion was lost within himself. The deaths of five of Gunnery Sergeant Orion Brown’s men in combat in Afghanistan, and their battle buddies crying on his shoulder, had put him into unknown territory. Oh, he’d remained strong for the Marines who survived. He bucked them up to resume combat without their battle buddies guarding their sixes, but it had cost him. His stronger than strong routine had earned him an honorable discharge from the Marine Corps, panic attacks, and the inability to touch or be touched by other human beings without having a nuclear nervous meltdown.

His assigned VA shrink was a joke. Well, the man himself wasn’t a joke. He was sincere, he gave the impression he cared, and he listened when he grudgingly shared some of his feelings, but if he mentioned “survivor’s guilt” just one more time, Orion would show him just how much damage a Marine could do to office furniture. The doc just didn’t get it. He was damned if he tried to open up and interact with the people around him, and he was equally screwed if he let anyone throw an arm over his shoulder or kiss his cheek or slap him on the back. The first induced no feeling at all, as in semi-frozen stiff on a morgue slab, and the second induced panic attacks of epic proportions. He was rapidly being torn apart by the dichotomy of reactions.

But the Great Spirit was not inclined to grant him normal. Irony of ironies, there was no female Dominant at the local dungeon strong enough to keep him from topping her. Instead, he was assigned to Dai Waleska. A six foot, two-inch Japanese-American Kung Fu Master. Now the overriding question was, was it worth submitting to another man’s physical, and possibly sexual, domination for a chance at getting back on a normal track. Which was more important? Dominance and submission to conquer his frozen core and panic attacks, or maintaining a macho Marine image that would more than likely end with him gargling with a Glock somewhere down a very short road?

Other Books by C. L. Hadyn 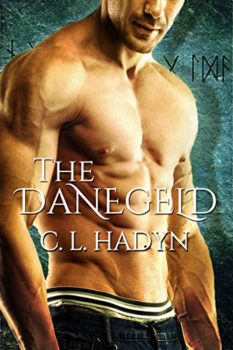 Cyn Hadyn, a career historian with Hungarian/Viking nomadic roots, goes balmy in Florida and has delusions of writing. How’s that for a current biography? Yeah, sounds silly but it’s true. I’m a transplanted Yankee living way south of the Mason-Dixon Line and enjoying the feeling of thin blood, sand, sun, and palm trees. I’ve sworn off snow, bare trees, brown grass, and real Italian food. Uh, not so much the Italian food. Still would sacrifice a small digit for authentic Italian cuisine a la Philly, Trenton, or New York.

Before settling down to write full time in the land of ’bless your heart, and y’all’, I was a Special Operations (US Army and US Marines) military historian/archivist. Now I collect a retirement check and write paranormal/historical romance. I guess my service with Army and Marine Special Operations left an indelible impression on my writing, because my characters, both male and female, are distinctly Spec Ops in their outlook. They leave no man behind, color outside the lines, and are very, very lethal. If you Google Cyn Hadyn, you’ll find my books range from paranormal to historical. I’ve also pushed the envelope a little by including Erotica and BDSM. Which brings me to my latest book, OFF TRACK, published by Decadent Publishing under the pseudonym C. L. Hadyn.

Another book about to appear under the name Cyn Hadyn is NULL SANCTION, published in eBook format by Rebel Ink. NULL SANCTION is a paranormal romance that gives a nod to my Hungarian roots. Although I haven’t included any distantly related vampires, there are one or two werewolves you might find interesting.

If you have a taste for the paranormal or historical romance, I would love to hear from you via Facebook.com/Cyn Hadyn or cynhadyn.com.