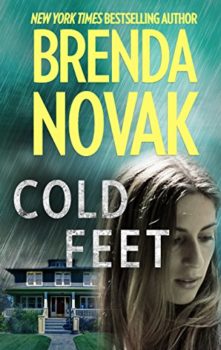 Just when you think you know someone…

The Seattle police suspect Madison Lieberman’s father was the serial killer they call the “Sandpoint Strangler.” Madison refuses to believe it. Her father is now dead, and all she wants is the chance to create a new life for herself and her six-year-old child.

Then she discovers something in the crawl space beneath her parents’ house. Something that makes her question her father’s innocence. Or the innocence of someone else who’s equally close to her…

When another woman turns up dead, crime writer Caleb Trovato wonders whether they’re dealing with a copycat killer. Or is the real Sandpoint Strangler still alive? Caleb’s sure Madison knows more than she’s telling, and he’s determined to find out what. But he doesn’t expect to fall in love—or to lead Madison and her child into danger….

Other Books by Brenda Novak

Before We Were Strangers

On a Snowy Christmas

No Place Like Home
A Small Town Romance Collection

The Secret Sister & The Secrets She Kept
Fairham Island

Blood In, Blood Out

It was a shocking experience that jump-started Brenda Novak’s career as a bestselling author—she caught her day-care provider drugging her children with cough syrup to get them to sleep all day. That was when Brenda decided she needed to quit her job as a loan officer and help make a living from home. “When I first got the idea to become a novelist, it took me five years to teach myself the craft and finish my first book,” Brenda says. But she sold that book, and the rest is history. Her novels have made the New York Times and USA Today bestseller lists and won many awards, including five Rita nominations, the Book Buyer’s Best, the Book Seller’s Best and the National Reader’s Choice Award. Brenda and her husband, Ted, live in Sacramento and are proud parents of five children—three girls and two boys. When she’s not spending time with her family or writing, Brenda is usually raising funds for diabetes research (her youngest son has this disease). So far, Brenda has raised $2.6 million. Please visit http://www.brendanovakforthecure.org to see how you can help.