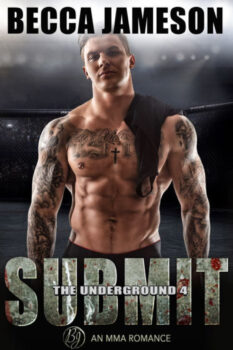 She’ll do anything to get him to notice her…but what if she goes too far?

When Nikolav agrees to babysit a woman with food poisoning in the middle of the night, he isn’t prepared for the punch to the gut she delivers.

Belinda is a reporter intent on capturing the biggest story of her career—the murders of numerous local homeless people. She has no idea the Russian Mafia will do anything to keep her from succeeding. And she certainly isn’t prepared to meet five enormous, sexy fighters, one of whom has proclaimed himself to be her protector.

Nikolav is nothing like any man she’s dated, but that doesn’t stop her from falling for him. The problem is, no matter how hard she tries to lure him into her bed, he isn’t taking the bait. What the hell is wrong with him? Or is it her?

If she wants to keep herself, her family, and her friends alive, she’s going to need to take drastic action. Will her decision destroy the tenuous relationship she’s formed with Nikolav?

Originally published August 2016 in trade paperback and eBook by Hartwood Publishing Group, LLC. No additions or changes have been made to the story.