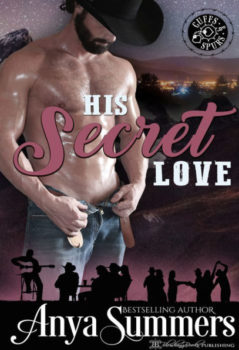 His Secret Love
by Anya Summers

Meghan Mallory has a plan for her life and it does not involve falling in love. She doesn’t have the time nor the inclination. She’s too busy trying to save the world. But when a freak snowstorm puts her in the path of a man she has secretly been fascinated with for years, she is forced to reconsider her stance on dating. Spencer is rude and obnoxious with his bad boy swagger but then he rescues her when she gets stranded on the side of the road, like a knight in tarnished armor, and sweeps her away to his house to ride out the blizzard.

Spencer Collins likes his life just fine, thank you very much. As the owner of the lifestyle club Cuffs & Spurs in Jackson Hole, he has a bevy of available subs who are his to command — not that any of them have held his interest in longer than he can remember. When his best friend’s sister-in-law gets herself into trouble, Spencer heads out to rescue the little brat who is in need of a firm hand. But he never expects to be forced to confront the incendiary heat that has always existed between them.

As the storm rages around them, they surrender to a passion hotter than the sun. Now that he has felt her surrender, Spencer attempts to lure Meghan into his world. But will they let go of their pasts or will they allow secrets to destroy them?

Publisher’s Note: This steamy contemporary romance contains elements of power exchange. While it is part of the bestselling Cuffs & Spurs series, it can be read and enjoyed as a standalone. 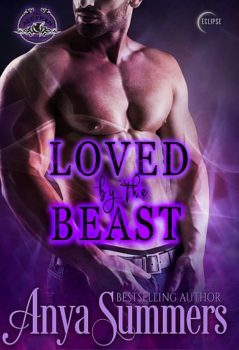 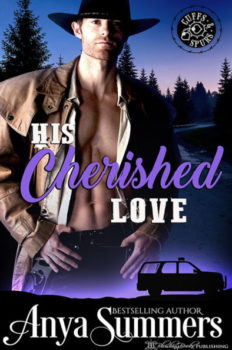