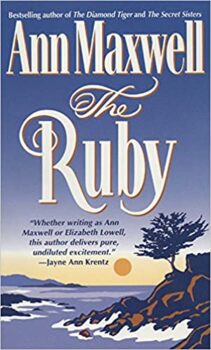 The Ruby
by Ann Maxwell

Danger at every turn.

When an exquisitely crafted, authentic imperial Faberge egg mysteriously shows up at Laurel Swann's home studio, she knows it can only be from one person --- her father, who has drifted in and out of her life for as long as she can remember. But this time Jamie Swann leaves her something too many people will kill for.

Out of her league and desperate, Laurel is forced to accept help from the very man who is trying to ensnare her father in his own web of double crosses. Cruz Rowan can help her stay alive, but will he do the same for her father?

Elizabeth Lowell, writing as Ann Maxwell, deftly combines the nonstop action of a spy thriller with the heart-pounding excitement of true love and adventure. 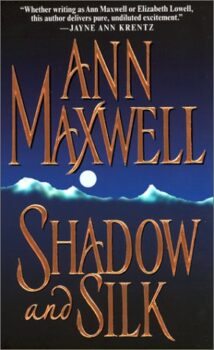