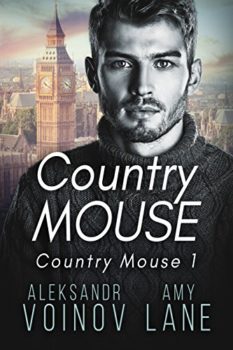 Owen may be a bit of a country mouse, but he's loving his vacation in London. After a long day playing tourist, he's on the hunt for some cheap beer and a good burger. Instead he finds a man hunting him, an arrogant prick with only one thing on the brain: the kind of meat that doesn't come on a bun.

Eighty-hour weeks at a trading desk don't leave Malcolm Kavanagh much time for meaningful relationships. Besides, in his world, everything's a competition---even sex. When his newest one-night-sub fails to show, Malcolm sets his sights on the pretty young Yank on the bar stool beside him.

Owen's all for an adventure with a native, but he's not the pushover Malcolm thinks he is, and Malcolm's not as shallow as he tries to be. They both soon learn that nothing's too intimate to share with a stranger, and the strangest things happen when two people share the most important pieces of their hearts.

Country Mouse is the prequel to City Mouse and has been previously published.

Hiding the Moon
Fish Out of Water Book 4