Lords of the Highlands Book 7

The Highland Rogue
by Amy Jarecki

A courageous Highlander falls for a strong-willed lass on the treacherous high seas in this action-packed Scottish romance.

After a vicious attack on his ship, Sir Kennan Cameron washes ashore on a deserted Scottish island, nearly dead. But he soon finds he’s not as alone as he thought. Kennan knows he can’t stay on the island, but neither can he leave the brave and bonny lass who has nursed him back to health — even if she is from a rival clan.

Abandoned by her family, Divana Campbell is both terrified and relieved when a rugged Highlander drags himself from the surf. Trusting Kennan is her only chance for survival — and by the time they arrive at his castle, she can barely imagine life without him. But as the heir to a powerful chieftain, Kennan could never marry the likes of her.

Together, they’ll brave tempests, pirates, betrayal, and ruin. But soon Kennan must decide what matters most: his thirst for vengeance or the woman who’s won his heart. 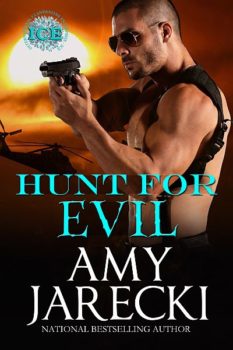