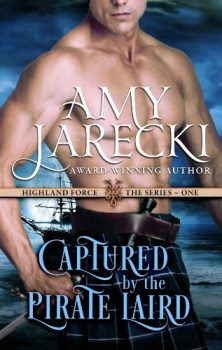 Captured by the Pirate Laird

Highland Force The Series ~ One

Captured by the Pirate Laird
by Amy Jarecki

Wed by proxy to a baron old enough to be her grandfather, Lady Anne trudges up the gangway of a galleon that will deliver her into the arms of a tyrant. Crestfallen, she believes her disastrous life cannot get worse—until she awakes to the blasts of cannon fire.

Facing certain death, Anne trembles in her stateroom while swords clash and the chilling screams of battle rage on the deck above. When a rugged Highlander kicks in her door, she prays for a swift end.

But Laird Calum MacLeod has a reason for plundering the ship—and it’s not a stunning English lass. With no other choice, he takes Anne to his crumbling keep on the isle of Raasay and sends a letter of ransom to her husband. In time, Anne grows to understand MacLeod’s plight and finds it increasingly difficult to resist Calum’s unsettling charm—until the baron sends a reply agreeing to terms.

Ripped from passion that will be forever seared into their souls, will Anne and Calum risk everything for love? 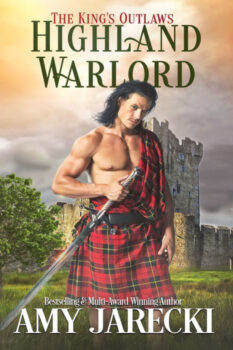 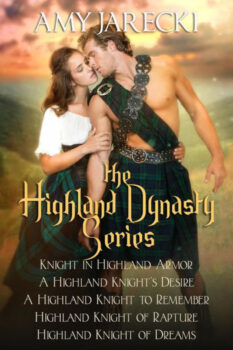