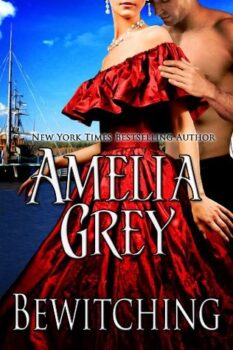 Set in 1804 Baltimore and on the high seas of the Atlantic Ocean, historical romance comes alive in this sweeping love story by Amelia Grey. Amid the treachery and intrigue of Napoleonic France, a beautiful woman is entangled in a web of danger, betrayal, and irresistible desire.

Unemployed governess Chelly Worthington is happy to accept the job of caring for a child on a voyage to France. The difficult task will be hiding her attraction to wealthy ship owner, Austin Radcliffe who has promised to pay her handsomely when the boy is safely delivered to his father. But staying out of the enticing man's arms is impossible.

Austin Radcliffe must pay a debt to the man who saved his mother's life no matter how distasteful the request. But will keeping his promise to Napoleon's youngest brother cost him the love of his life?

Chelly quickly finds out that all it not as legitimate as it seems and is forced to take matters into her own hands, even at the risk of losing the man she loves.