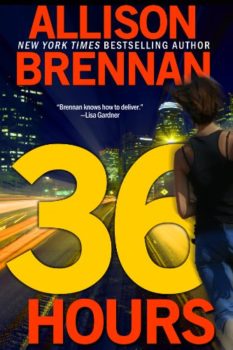 SHE'S RUNNING FOR HER LIFE

Street smart teenager Angel Saldana, running from a gang who wants her dead because she witnessed a brutal murder, is desperate and alone--until her father, an ex-cop turned bounty hunter, walks into her life for the first time.

HE'S RUNNING FROM HIS PAST

When Jake Morrison saves her life, Angel has no choice except to trust him--but trust doesn't come easy when everyone else has let her down. Not only does the gang want her dead, but the cops think she killed one of their own--and Jake may be the only person who can keep her alive long enough to testify.

36 HOURS, a 25,000 word novella, was originally published in the anthology I Never Thought I'd See You Again.

Originally published July 2013 in trade paperback by Story Plant and June 2015 in eBook by Fiction Studio Books within the anthology I NEVER THOUGHT I’D SEE YOU AGAIN.